Bob Has Left the Building On May 28, TSG said goodbye to it’s founder Robert L. Starr. Bob Starr, beloved father of CEO Tim Starr and grandfather of Nick Starr, President, passed away peacefully during the night. Bob had just celebrated his 90th birthday in March.

Bob Starr opened his personal insurance business in 1956, working from his home. At that time, Bob knew what was most important to his neighbors because he was starting a family of his own.

It wasn’t enough to have food on the table and a roof over their heads. Bob knew that the home and the family inside needed proper protection. His personal touch with each of his customers, a thank you note here, a phone call there, helped his little agency grow exponentially.

In 1981, Bob purchased the small parcel of land at the intersection of Edgerton Avenue and Loomis Road in Greenfield. He and his wife Fran commissioned the building to replicate that of the home of the infamous Benedict Arnold–notorious U.S. Revolutionary War traitor). The couple saw the historical site while on a family vacation to Philadelphia and fell in love with the architecture.

Bob built his agency on the foundation of family, and in 1981 he was proud to have his son Tim joined him in business. Many a long night was spent at the family kitchen table discussing customer needs and business strategies between Bob and Tim. The discussions often included various aunts and uncles, siblings and cousins.

All these talks happened within earshot of a toddling Nick, who grew up in the belief that this was common with every family. “I grew up in the industry,” Nick often says, “You can say I cut my career teeth on insurance.”

Tim realized family stability generated from a solid work environment. He brought his ideas to expand TSG from only Personal Insurance to include Commercial Insurance. Bob was onboard. Tim’s focus on the protection of businesses and their employees has provided the finest Commercial Insurance, Risk Solutions and Group Benefits for companies throughout southeastern Wisconsin. Life at TSG was truly a family affair. Bob’s wife Fran oversaw administration and finance from an office adjoining Bob’s. The staff grew with the addition of spouses, other offspring, siblings, in-laws — and Paul Kraemer. Over the years grandchildren were hired for temporary seasonal work. No task was too menial even for the highest position. Tim often wore a plumber’s belt and Nick did deathly boring data entry. And Bob’s business thrived.

The family rallied around when Fran fell ill. Mary Starr stepped in to assist her mother-in-law in her office duties. And when Fran passed away, the torch was passed on the Mary in 1985. Bob’s grandson Nick followed into the family business in 2011. He saw his grandson develop from a Personal Lines Sales Consultant to savvy Commercial sales architect (2016). Nick joined Management as Director of Agency Advancement (2017). Much to Bob’s delight, Nick was named President of TSG in 2021.

In 2021, Tim and Mary’s oldest son Ben joined the agency as well.

Bob’s memorial service and life celebration was held on Saturday June 4th. Many messages of condolence and sympathy poured in from social media as well as traditional cards and flowers for the family.

We are the organization we are today because Bob Starr had a vision and the passion and courage to carry it out back in 1956. 66 years later we are still going strong and in the 3rd generation of a family that is dedicated to the risk management needs of our clientele, as well as to the well-being of our employee family. 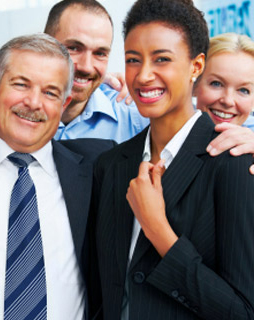